Back to overview
Performance

Who are we when we are pushed into a corner ? And what if the other is weaker ? Who are we when this other no longer observes the rules ? You try to save yourself by saying ‘it is only a game’ but the moment you say it it’s already too late to walk back to reality.

In its third performance the collective exposes the dark side that exists in every human being. In you too – though you’d rather not believe it. It does so by ‘playing a game in which the line between real and unreal and between giving yourself up and looking on gradually becomes blurred. ‘ Schwalbe loses himself in the game.

The nine members of the theatre collective Schwalbe belonged to the same class when they finished their studies at the Mime Opleiding in Amsterdam. They make physical theatre with the body as a starting-point. They bring this physical play to a head in radical work without compromises, looking for the utmost consistency of an assignment. The attempt – which leads to action- is the performance. And its course is different every night. 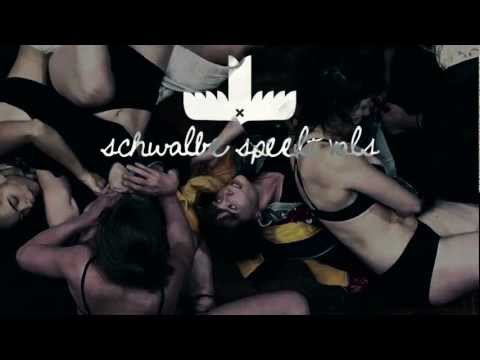