Every ordinary human being has something exceptional. Women or men, workers or artists, young or old, Czechs or Chinese : these 'ordinary' people trust their own language on stage. These languages separate them but history brings them together. Through nostalgic touching, moving and funny anecdotes, historical events and intimate dramas they drag us along. To the hope of freedom, but also the fears and wounds of life in a totalitarian communist system.

In a lot of countries leaders of state show their contempt of fundamental rights. Who are the ordinary people these leaders pretend to represent ? Choreographer Wen Hui and director Jana Svobodová found parallels between the histories of their country. In a mix of documentary theatre and dance, words and gestures bear evidence of lives full of ordeals during decades of totalitarianism in China or former Czechoslovakia.

Choreographer Wen Hui founded the first independent dance company in China, the Living Dance Studio. Jana Svobodová learned classical dance in Prague before she discovered modern theatre. Today she is artistic director of Archa.lab and the Akcent International Festival for documentary theatre and through her work she tries to reflect the social reality of her country. The special meeting of these two artists led to Ordinary People, an unusual play about how ordinary lives become unlivable. 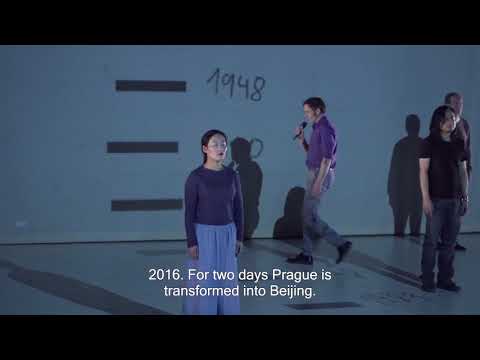