Back to overview
Dance

The Austrian-French theatre maker and visual artist Gisèle Vienne is well-known for her intoxicating, enchanting, often somewhat lugubrious work. Those who sawThe Pyre at NEXT Artsfestival in 2013 know that she likes to seek out the boundaries between appearance and reality and that she has more than one string to her bow – as proves her newest creation.

More generally Vienne is in search of a better understanding of both individual and collective emotions. She is mesmerized by the ambiguity and diversity of emotions that are caused by violence – or actually cause violence. She calls the multi-layered relationship between emotions and violence the pivot around which her dancers move, the central axis of her investigation.

The context for this investigation is a 21st century rave party. The techno soundtrack by the duo KTL (Peter Rehberg and Stephen O'Malley) continually wavers between sexuality and sensuality.

Although the ravers do not speak aloud, each character has his or her own story or 'subtext'. Nevertheless, these subtexts become palpable in the way they move and relate to the group, and they were written down by author Dennnis Cooper, Vienne's loyal compagnon de route. 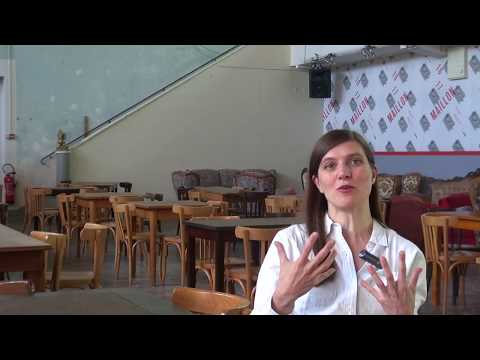