Back to overview
Dance / Belgian Premiere

Watch music and listen to dance. It was the dream of the legendary choreographer George Balanchine which resounds with Maud Le Pladec. In her work music plays an essential part. For the choreographer it is both an anchor point and a composition method. It incites to action, is the thing alongside which the dance is born :that with which she wrestles or which she leans against, with which she enters into a dialogue or merges.

For this creation, the first since her appointment as director of the Centre Choréographique d'Orléans, Le Pladec didn't want to omit the music but she resolutely did want to probe the source of dance. Can you catch music - in the performance present in the form of Franz Schubert's unfinished symphony – in human movement ?

Once artist Rémy Zaugg made 27 observation sketches of a painting by Cézanne in an attempt to completely exhaust the work of art. Now Le Pladec, accompanied by composer Pete Harden, creates as many re-interpretations of the famous symphony, with the body as sole instrument. Eleven dancers balance between choreographic composition and hidden piece of music. Their bodies -brought into movement by this phantom score- launch themselves in a hectic exploration of space. In their dance language, Schubert rises above himself.

Maud Le Pladec plays in pieces of Emmanuelle Vo-Dinh, Latifa Laâbissi, Mathilde Monnier, Herman Diephuis and -more recently- Mette Ingvartsen (The Artificial Nature Project) and Boris Charmatz (Levée des conflits, enfant en manger). Since 2010 she has created her own performances, with which she won a lot of prizes and awards, such as the Prix de la révélation choréographique du Syndicat de la critique française and the Prix Jardin d'Europe, both in 2010. Since January, 1 2017 Le Pladec has been the director of the Centre choréographique national d'Orléans. 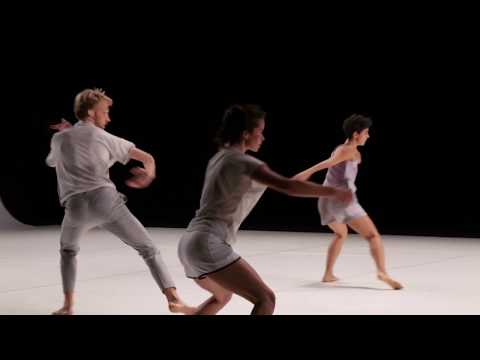